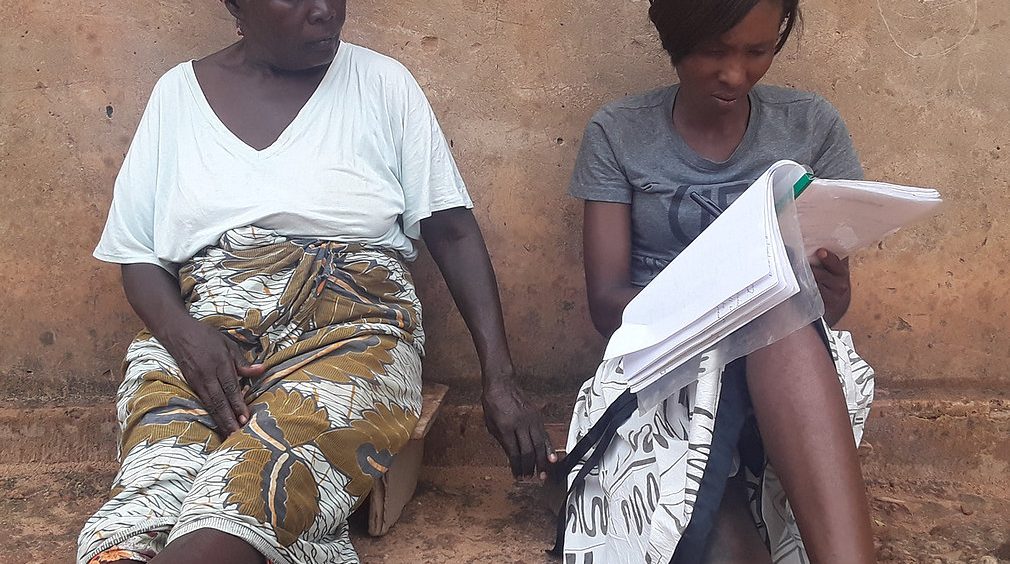 Family Responsibility Versus A Young Girl’s Future: A Closer Look at The Effects of Chronic Injuries in Malawi

As we continue to establish Health in Motion in the rural areas of Malawi, it is invaluable for us to sit and listen to the individual stories from the community. We’re beginning to understand just how wide and how deep the impact of immobility and chronic, debilitating pain can truly be. One such story focuses on the alarming statistics regarding female education and its implied connection to pregnancy in young girls.

In one of our local villages, an elderly woman, who was an important contributing member to her family in terms of income and food, suddenly became bed ridden because of an injury. So as is the cultural norm, a young niece was called upon and expected to fill the gap in this family. She was expected to fill the gap by not only taking over the chores and workload of the aunt, but also caring for her and her injuries on a daily basis.

This fifteen year old girl had been staying in a nearby city where she attended a private boarding school. This school allowed her a full course load of all twelve subjects taught at the tenth grade level, with a full staff of teachers, the latest textbooks and supplementary materials and the support needed to succeed in all of her courses.

When the aunt fell sick, the family had no hesitation in calling her home to help the family. Within the culture, there is no choice for such girls and they are expected to accept their roles, in the family and the community, without any protest or resentment. But just because there is no outer objection, of course, does not mean that these girls are not internally suffering and struggling to make peace with these roles.

We got the chance to meet this young girl when she had been back in the village and away from the boarding school for about two or three months. She willingly shared that she was allowed to attend the local village secondary school while caring for her aunt and helping her family. Her parents felt that they were still doing right by her by making sure she was still getting an education. But the difference between to two educational experiences was night and day. In the local school, there were not enough teachers to be able to facilitate the full twelve subjects. They were only able to teach five of the twelve classes. In her words, the books, materials and conditions were basic and lacked the fundamentals compared to what she had previously experienced.

Now, this isn’t just a spoiled child complaining about not having the best and the newest of everything. This is a young girl who was excelling in school, who was inspired by her teachers and the education she was receiving. She could see a future where being educated meant that she could find work beyond subsistence farming and having traditional female duties to fulfill. With being in the village and not being able to continue her studies, she felt defeated and hopeless. She missed being in classes where she felt empowered and encouraged to thrive. She felt like her motivation to flourish had been stolen.

So she set out and planned for her future where she would remain in the village the best way she knew how. She allowed herself to get pregnant. She was setting herself up to be taken care of and to be useful in the only way that was available to her. Once she was pregnant, this meant that she must be given to the family of the father of the baby and to be taken in as a daughter in law in their home. She would now be expected to help care for their home and family and carry out all the daily household duties of a daughter in law.

When these concerns about education and teen pregnancy are discussed, the natural assumption is that because there is no proper education or hope for a future beyond being a wife and mother, the choice is clear and not a lot is done to prevent these girls from becoming young mothers. In this particular case, like many others, this is just not true. Education was available and being utilized. Her family didn’t fully realize what was being taken away from her when she was to leave her access to proper education behind and care for her aunt. The catalyst in her case was her aunt’s physical condition. The rate of pregnancy among young girls is often the focus and not the outlying conditions that cause them to be kept from school and an education, which in turn, leads to choosing the only other alternative they can see for themselves.

Obviously, this is just one story. But it is one story that it indicative of the plight that a lack of proper body movement and mobility can have on not just the individual in pain, but on the community as a whole. If we are able to inform people about how to care for their bodies and to prevent pain and injury as they go about their day to day lives, imagine the ripple effect that this would have. It’s not just about changing the quality of life for the person in pain, its about transforming and empowering entire communities as we grow.