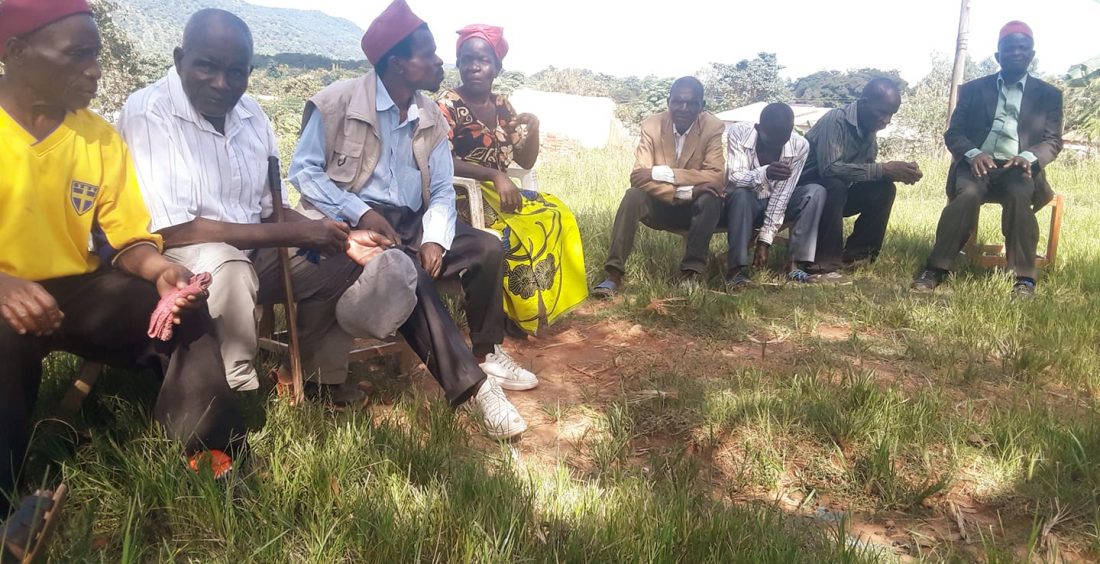 There is no doubt that we live in a politically and culturally charged time. But at no other period in time has there been so much progress and promise when it comes to equality across all identifying lines in a person’s given and assumed being. Do we have a long ways to go? Absolutely. But is there more understanding, compassion, and empathy towards those who are different from us being given everyday? It’s beginning to feel like it.

But this hope and optimism does seem to be centered in the West. Culture will always trump intention when it comes to education about equality. There are parts of Africa that have always inherently prized women and their roles in society and the home. And there are other parts that are coming close to, or exceeding the West, when it comes to making space for all people in a community. But these spaces and parts are few and far between and the reality is that there continues to be a huge imbalance when it comes to expectations and power between men and women in most rural areas.

I know where you think we’re going with this. Women need to be raised up, given opportunity and education and entrusted with positions of decision making. Yes, there is relevance to this. Women are a vital part of a future that sees us change and evolve as societies and countries.

NGOs, non-profits, and missions groups in developing countries have spent the last decade saying that women are the way forward. And this is the assumption which has been acted on. It is seen that women should be the ones entrusted with money. So savings account, investments, and businesses have been created and given to women.

Then the focus became education. Making space and positions for girls and women to receive the same levels of education that men and boys were given. Again, these are issues and concerns that SHOULD be addressed and changes that SHOULD be made.

But what never happened was making space for men.

In a country such as Malawi where the employment rate stands at a staggering level of less than 10%, opportunities are already hard to come by. Now, the men who are willing and able to work are being passed over. Men who are working are expected to come home and to give the money they earn over to their wives to manage. The autonomy and roles that they once had has now been shifted.

So then, what role should men play in a developing country? If we can understand how our sense of identity is attached to our career, accomplishments, interests or education; what does this look like for someone who has none of the above? Where opportunities at the best of times are minimal.

A woman maintains her identity and sense of pride to her ability to care for the home. To cook a meal, care for the child or clean the house. This is deeply embedded in the cultural view of self-respect and value. Now we have also passed women finances, education and careers. The sense of self is enhanced to new levels. So what is left for the man?

When we speak with such men, they make comments about desiring to engage in the home. They have their own schedules but now the same goes for their wives. If the man comes home for a meal and the wife is away, it is considered ‘illegal’ in the minds of culture for him to enter the kitchen and prepare for himself. If he sees his wife had a long day and would like to assist by preparing food or sweeping, again, these acts are considered “illegal”. The home is the domain of the women and men are not allowed to fulfill or even support these needs, therefore making it “illegal.” This extends to the point that if a woman gets a job in another area and needs to be away mid week, the family will seek a young female relative to join that home and take over the domestic responsibilities.

Culture, pride and the current held societal hierarchy within a community does not allow for men to step into these spaces that are held by women. It would be shameful from the sides of both the man and the woman for him to help in the domestic roles as this would mean that the wife was not capable of caring for the household properly. It would be a sign to their neighbours that he does not have order of his house or from the woman’s side that she is unfit in her duties. All in all; the hands of the man are tied.

If human dignity is a core concern of our love for others, how are we affording this to men? Is a man given a sense of pride and dignity in self when he is not able to provide for his family in even the simplest form of heating water for cooking?
​​

If we have taken time to empower women, when do we do the same for the men? When do we approach the cultural understanding of empowerment to allow the man a freedom of mind to assist in the home while giving the woman of freedom of self to allow him this opportunity and her also maintaining her dignity as the woman?

As we continue considering the cultural implications of roles, stay tuned as we will address where a man’s strength of character continues to be maintained in our next blog post. But for now, let’s consider how we allow empowerment for all while honoring the need for growth and development within the beauty of cultural lines.